How we reduced solar heat & glare by 58% 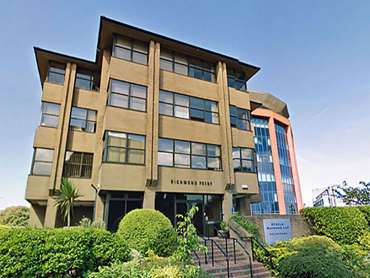 The problem faced by staff working in Steele Raymond’s office building at Richmond Hill in Bournemouth was a build-up of heat and glare caused by the large amount of solar light let in through the windows. The building’s south-facing hilltop position in sunny Bournemouth meant this was a particular problem during Summer months.

Technical Window Films provided a solution to Steele Raymond’s heat and glare problems by installing over 200 square metres of Llumar Vista 38 window film to the office windows on the South East and South West sides of the building. This high quality solar control film offers a large reduction in solar energy and unlike most other window tints, it still has a high light transmission allowing plenty of natural daylight in but without any glare or heat build-up.

This window film solution has resulted in a 58% reduction in solar energy and glare through the buildings windows without impacting on the level of natural lighting inside the building.

So far the feedback has been great, “You can’t see that the windows have been tinted – it’s not at all gloomy like you might expect and it’s made it a much more comfortable temperature to work in. We’re sure the full benefits will really be seen in the Summer”.

Send us a quick enquiry here and we will be in touch to discuss your requirements:

Get in touch for more info
about our products or services:

If you have any questions,
simply give us a quick call:

Open Monday to Friday
from 8.30am to 5pm